The Apple iMac has an all-in-one design with everything packed into one convenient enclosure – including the processor, memory, hard drive and display. In fact, a refurbished iMac looks like a display, not a computer. With all the computer components sitting behind the screen, it’s easy to move a pre-owned iMac to another desk or table, and there are no more piles of cables sitting behind your desk.

The most amazing thing about the iMac has always been the bright, sharp display. They are just incredible to look at. And now, with the addition of the high resolution Retina display, the most amazing thing about the iMac is more amazing than ever. GainSaver has discount refurbished Retina iMacs that have more pixels in the screen to provide even finer detail in your text and images, and they also have higher contrast for blacker blacks, not to mention more vibrant colors.

Many of the technology innovations in the Retina iMacs started with the Retina iPad. New screen designs and advanced manufacturing methods allowed Apple to scale the iPad’s Retina display all the way to up to fit the 27-inch diagonal screen on the iMac. Even with all the additional pixels and computing power required to manage them, the refurbished Retina iMacs use 30 percent less power than the previous generation of non-Retina iMacs. 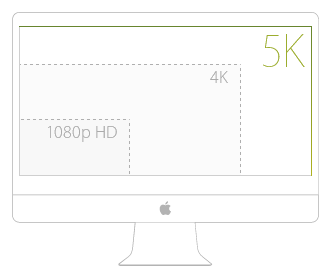 The total number of pixels in the 5120 x 2880 resolution Retina 5K 27-inch iMacs is 14.7 million, while the 21-inch Retina 4K iMacs have 8.8 million. Compare this to Full HD resolution of 1920 x 1080 on an HDTV, which has only 2 million total pixels. Ultra high resolution 4K TVs have about the same resolution as the refurbished 21-inch Retina 4K iMac. It turns out that if you sit more than about 10 feet from your 50-inch 4K TV, you can’t tell the difference between HDTV and 4K TV. That’s how small the pixels are, even when they are spread out over a 50-inch TV screen. 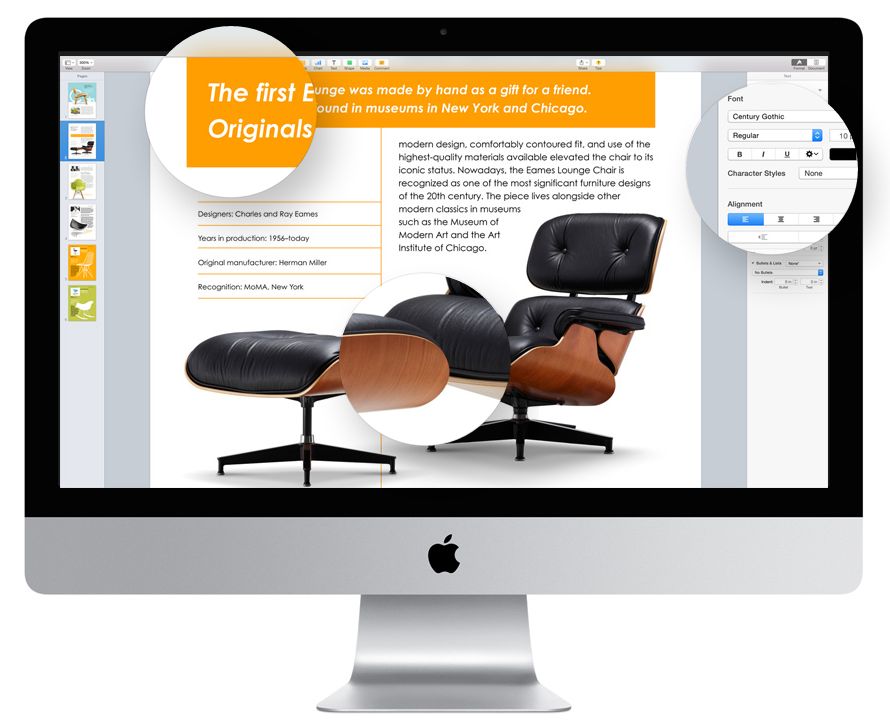 You’ll most likely be sitting just a few feet in front of your refurbished Retina iMac, and from there, you will definitely see the difference! Text is so smooth it’s like reading from a printed page. If you are working with graphics or video, you’ll be able to see so much more detail without zooming in. And if you have an iPhone 6s or iPhone 7, you can shoot 4K video with it and see your results perfectly on a pre-owned Retina iMac.

One more thing to consider with the affordable refurbished Retina iMac desktops is the desktop itself. With so many pixels available to display desktop icons, folders and menus, you can enjoy a gigantic desktop that is perfect for multitasking. There's always room for more windows!

All of the 27-inch Retina 5K iMac desktops released by Apple starting in Late 2014 come with two separate drives you can use for your data and application storage. One of them is a fast SSD flash drive, and the other is a standard hard drive. Having two drives solves the problem that started with the first flash drives. Flash drives are much faster than standard hard drives, but they do not have the capacity of hard drives. They also cost a lot more. Apple’s solution for the 27-inch Retina 5K iMac is the Fusion Drive, which is basically putting a standard hard drive and a flash drive together inside the iMac. That way, you get some very fast flash storage for your most frequently used files and application programs, and lots of slower hard drive storage for everything else.

When you order a refurbished Mac from GainSaver, you can have your Mac custom configured when you check out. We can customize the amount of memory, hard drive and operating system. Refurbished 27-inch 5K iMacs come with two drives, and you can customize both the drives to get the capacities you want for each one.

GainSaver configures the drives so you can use them as two separate storage devices. When you receive your 27-inch Retina 5K iMac, you can decide if you want them as separate devices, or configure them as one drive, which Apple calls Fusion Drive. Fusion Drive technology makes it appear that you have just one drive. The Mac OS moves files around in the background so that your frequently used files are moved to the flash storage automatically.

The 21-inch Retina 4K iMacs do not have two drives, but you can still have the storage customized with the hard drive you want, or the flash drive of your choice.

It’s easy to search GainSaver for the refurbished Retina iMac you’re looking for. To reach the iMac category, just click on the Apple link at the top of the GainSaver website, and then click the iMac link.

Now that you are in the iMac category, just search on the word “retina”. This will list all the iMacs with a Retina screen.

Another way to find a Retina iMac is to click on the navigation links on the left side of the screen. Retina iMacs were introduced in Late 2014, so you can click either the 2014 link or the 2015 link to find refurbished iMac desktops introduced in those years. 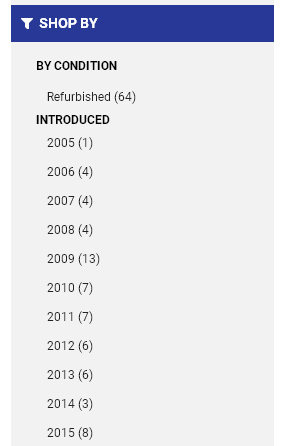 Remember when you shop at GainSaver, you can’t go wrong! You’re protected with the GainSaver 30 Day Money Back Guarantee. We guarantee your refurbished Mac is 100% in working condition. And if you’re not satisfied for any reason, you can return it.

In addition, you can have your refurbished 27-inch Retina 5K iMac or 21-inch Retina 4K iMac configured to your specifications. Need more storage? We can add it for you. Would you like Windows also installed on you Mac? Just select it from the menu options before you check out and we’ll ship it out ready to use.